Greatest Flood Since The Great Flood of 1937? 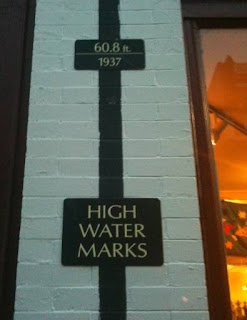 In addition to the flash flooding going on and the threat of severe storms through Wednesday, heavy rains over the past few days, along with another anticipated 4-8 inches of rain forecast for the region are expected to cause major flooding on the Ohio and Mississippi Rivers in our area over the next couple of weeks.  For many, these river floods could very well be the worst since the Great Flood of 1937.  For others, it could exceed the Great Flood of 1937.

The National Weather Service in Paducah is urging everyone along the Rivers to prepare for potentially catastrophic flooding to unfold over the next 2 weeks.

Sunday, the Ohio River at Paducah was forecast to crest at 55 feet Tuesday, May 3rd.  This would be the second highest level ever, behind only the 60.6 feet level measured in the historic 1937 flood.  A factor to consider though, is that The Lower Mississippi Forecast Center in Slidell, LA is only factoring in the next 48 hours of anticipated rainfall, so in reality, that forecast level could go another 1 to 3 feet, which could potentially put the crest at 58 feet.  More rain than forecast, would push that crest even higher.

At Cairo, the Ohio River is already experiencing major flooding, and is forecast to crest at 60 feet Tuesday, May 3rd as well.  That would be a new record.  At around 56 feet, the flooding already causes the Wickliffe Bridge to close because of water on Highway 51 on the approach to the bridge.  Of course, this forecast of 60 feet could very well go higher because of additional rainfall Tuesday and Wednesday in the region.

At Paducah, floodwall gates are supposed to go in at a level of 49.5. We are forecast to get to that level by Tuesday, April 26th, and be more than 50 feet by Wednesday, April 27th.  This could very well be the worst flooding along the Ohio and Mid-Mississippi Valleys since the Great Flood of 1937.  If it performs as designed,  Paducah's floodwall is supposed to protect the city to a level of 64 feet.

Here are the greatest Floods on Record at Paducah, along with flood levels of significance and their impacts:

60.6    This flood will exceed the highest stage on record. Large amounts of property damage can be expected. Evacuation of many homes and businesses becomes necessary. The levee will protect most of the city at this level.

56.0    Many of the industrial plants upstream in Calvert City are affected at this stage and higher and may begin to shut down.

49.5    The first gate is closed in the floodwall in Paducah.

47.0    Major flooding occurs and property damage begins on the Illinois and Kentucky sides of the river.

At Brookport, IL, the Ohio River is forecast to crest at 57 feet, Tuesday, May 3rd in the major flooding category, which could flood the lower part of the main business section of Metropolis, IL.  At a level of 51.6 however, several feet below the 57 feet level, evacuations become necessary for some houses in low lying areas of Metropolis, and that level is forecast to be reached by Tuesday, April 26. The highest level on record for Brookport is 62.3 (1937) and the floodwall is supposed to protect Brookport to a level of 66.4.

At New Madrid, MO, the Mississippi is forecast to crest at 48 feet Wednesday, May 4th, which would tie the highest stage on record (1937), making the evacuation of many homes and businesses necessary.

At Tiptonville, TN, The Mississippi River is already forecast to crest Wednesday, May 4th, at 49 feet, which would make the crest higher than the 1937 flood (47.75 feet) and could top portions of the Tiptonville Levee Extension, which are breached at 47 feet, making evacuations necessary in low lying areas of Tiptonville.  At 49 feet the Tiptonville/Obion Levee System is over topped.

At Caruthersville, MO, the Mississippi River is forecast to crest, Friday, May 6th at 47 feet, topping the record 1937 flood level by a foot.  Caruthersville's floodwall protects the city up to 50 feet.  At that point the floodwall is topped.  If additional rainfalls push the crest projections higher, crest levels could come perilously close to that 50 foot mark.

At Cape Girardeau, MO, the Mississippi River is forecast to crest, Friday, April 29 at 44.5, which would categorize Major Flooding in the area.

If you live or work anywhere close to these vulnerable areas along the Ohio and Mississippi Rivers, take heed, prepare NOW and keep monitoring this situation!
Posted by Lew Jetton at 5:49 PM 9 comments: 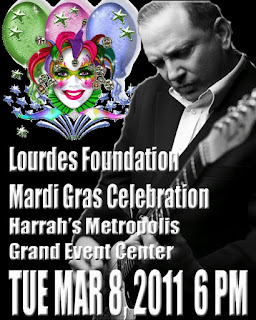 2011 looks to be another great year! Our year is already filling up with some really cool gigs and festivals! We're really excited to be invited back to one of the most authentic and coolest festivals, The Juke Joint Festival in Clarksdale, Mississippi in April. We played there last year and were blown away by the reception we got, and also the number of great blues acts from around the nation, playing in the cradle of the blues, Clarksdale, in the heart of the Delta Country.

We're also humbled by the clubs/resorts and festivals which contacted us before Christmas, seeking to bring us back or bring us in before our 2011 festival got too full! God Bless you all! We'll keep filling the year out, so if you'd like to see us at your festival or club this year, please contact us ASAP!
Posted by Lew Jetton at 4:48 PM No comments:

Here's some videos from the New Year's Eve Tornadoes in the Midwest and South. Some are pretty good, while others not so much. At last word, the tornadoes left 6 dead across Arkansas and Missouri: