How Santa Claus Changed My Life 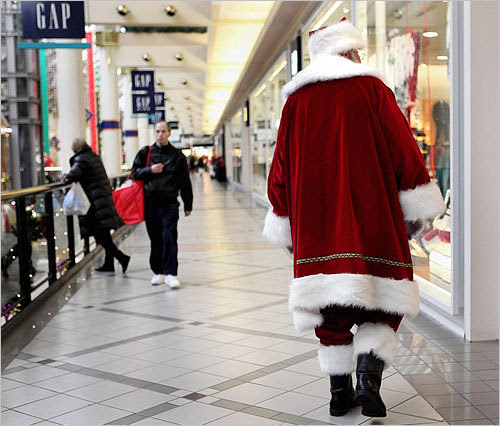 Funny that in so many years as a journalist in addition to a meteorologist in TV news, one of the stories which affected me most was a silly little feature I did not long after I arrived in Paducah.  The idea was simple, put a wireless mic on me and have me play Santa Claus at Kentucky Oaks Mall for an afternoon.  I thought it might be cute!  The reality was, it touched me so much and filled me with a Christmas spirit I have til this day.

I thought it would be a goofy afternoon of having children sitting on my lap and listing what they wanted for Christmas, and for the most part it was, however, it was also an eye opening experience.  The look in the children's eyes startled me.  They really BELIEVED I WAS SANTA! Which for little kids, is one of the most important entities in the world.

The truth is, we can all be Santa Claus.  We can pick those little angels off the Angel Trees of the Salvation Army.  We can donate to food pantries so families can have food at Christmastime and the rest of the year.  We can try to be better parents and love our children more and provide for them a warm, nurturing environment.  It's caring for our neighbors.  That's the true spirit of Christmas I learned from one day of trying to fill the biggest boots there are.  The ones which belong to Santa Claus.
Posted by Lew Jetton at 4:42 PM No comments: