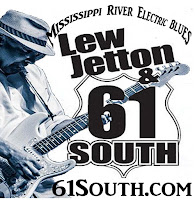 After an extended holiday break, it's time to return to the  stage for the first time this year, at the Lourdes Foundation's Mardi Gras and All That Jazz Celebration.  It's the area's premier fundraising event, celebrating Fat Tuesday! It's also for a tremendous cause!  There are still tickets available, and you can even still get tickets at the door!  We'll be playing a lot of New Orleans music, and taking your requests as well. We'll see you Tuesday night, February 13th at the McCracken County Convention Center, 6-9PM. For more information, CLICK HERE!


After that, I'll be playing a special solo "show" Saturday, February 24th at the Metropolis Public Library from 4-5PM.  I'll be talking about the Delta Blues, and playing some Delta Blues songs as well. It's part of the library's educational series and I couldn't have been happier to get  the invite to come and talk about, and play, the music which I love so much!  For more information, CLICK HERE!

In March, we'll return to Sikeston, Missouri for the Kenny Rogers Telethon.  We're scheduled to appear Sunday, March 18th.  It's our first appearance at the telethon in several years although we have played there many times over the years! Then it's down to the Mississippi Delta April 14th for one of the best festivals in the nation, The Juke Joint Festival, where blues artists from all over gather to perform in the authentic juke joints and atmosphere, in Clarksdale, Mississippi! 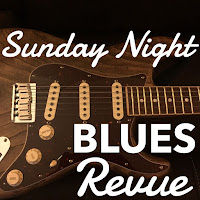 Have you had a chance to listen to our new weekly Blues Radio Show & Podcast? It's the Sunday Night Blues Revue, Sunday nights 6-8PM on 102-5 DXR.  It features the best in Blues, old and new, local, national and international! Check it out HERE!  It's also available on iTunes, Tunein Radio, PlayFM and Soundcloud. Subscribe, and then you can listen anytime you wish, on demand. It's also the radio home of the Hot August Blues Festival!

As for the rest of 2018? We're still waiting to hear back from some festivals, but we probably won't be as active as we have in the past, so you better catch us when you can!  We'll still be pretty active in the lakes region, as we have really come to love playing these venues.  Check back from time to time, but you can always find our latest schedule HERE!

Bless you all, and we'll see you on the road and on the air!
Lew