It all began with a text message from a friend of mine late last year.  He was at a local music store and texted me that he thought an old beat up 1979 26th Anniversary Fender Stratocaster, which just came in the door, once belonged to a friend of mine.

I was very interested because the friend of mine was  fantastic guitar player who once played in a band with his brother in Southern Illinois.  I made a few phone calls and looked through some old pictures and became convinced it probably WAS my friend's old guitar.  The person who traded in the guitar said it came from an estate, and the original owner once played in a band called the Hurt Brothers.  He said he had gotten the guitar in a trade, for a pickup truck. 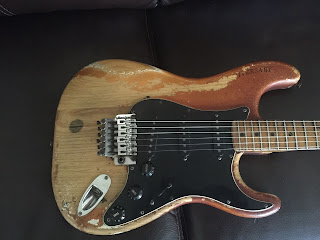 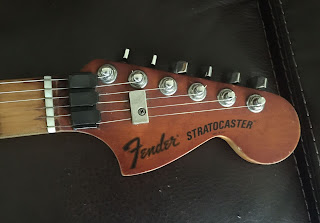 I learned enough so that I was pretty sure he was talking about Forrest Hurd, who along with his brother, Doug, were the foundation of The Hurd Brothers Band.  They were seasoned road warriors, playing anywhere and everywhere, from roadside joints to opening shows for Robin Trower and other top notch acts.  I had even jammed with them onstage. They truly were two of the nicest guys I ever knew in addition to be great musicians. 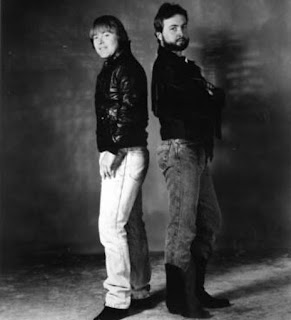 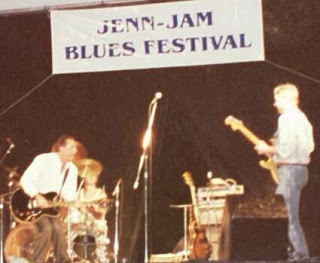 They burned up the road until an early morning in 2004, while returning homw from a gig, their truck was struck by a drunk driver.  The truck turned over and burst into flames and unfortunately, both Hurd brothers were killed.

I went to the music store and looked the guitar over.  Of course they were asking more than what it was worth, especially because of it's condition and the fact it had been altered with a Floyd Rose bridge.  Since I felt strongly it was my friend's guitar though, I bought it.  It was more than simply reliced.  What finish was left on the guitar was turned deep brown, no doubt by the flames on the night they lost their lives. 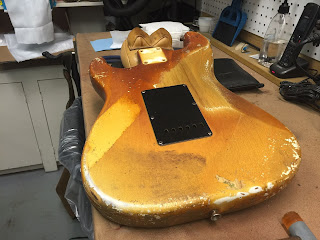 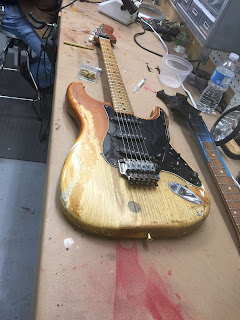 I took it to Timothy Korts at Stringworks in Paducah, KY, who does a lot of my guitar work.  It needed more than a setup.  It needed refretting among other things.  What a surprise when Korts pulled the neck, and there in the pocket was my old friend Forrest Hurd's signature! 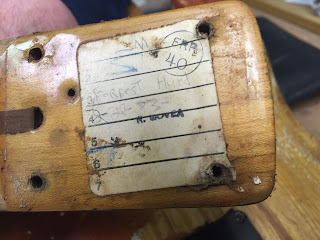 It really was Forrest's guitar.  It took a lot of work on Kort's part, but in the end, I had a great sounding guitar with a sentimental value no measured in dollars.  I love playing Forrest's old strat, even though I'll never play it as well as he did. 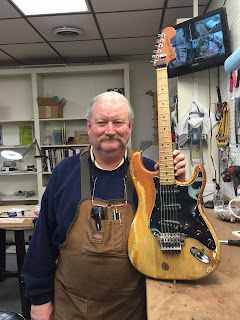 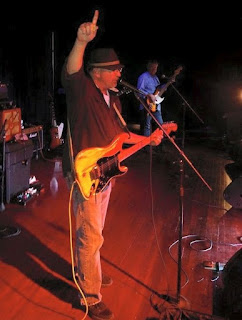