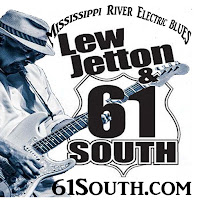 Seems a little early to be thinking about 2018, but we've actually been working on 2018 for quite some time! Booking shows for next year and making plans for our next release! That being said, if you'd like us to appear at your festival, no matter where it is, let your promoter know and let us know! We are looking to play lot's of places we've never visited before! Here's hoping we can. We will still play some of our favorite summer haunts, though, so don't worry!

Palestine Blues is STILL doing GREAT on the charts, it has remained in the Top 20 of the Blues Album Charts ever since it's release way back in mid August! Thanks to everyone who continues to request it and thanks to the program hosts and presenters who continue to play it and spread the word!

2018 should bring a new release!  Kinda keeping the wraps on the final plans for now, but thinking about a "best of" album featuring music from our first four releases.  The last two have received extensive airplay around the world but there are many who may not be as familiar with the first 2 albums.  Do you think there are listeners in Australia who would love to hear "Waffle House Woman"?  We would also release one or 2 new songs on a "best of" release as a kind of bonus,  Stay Tuned!

In the meantime, hope you had a Happy Thanksgiving and pray for you to have a joyous Christmas Season. If you're looking at some stocking stuffers, might I suggest our CDs!  Click here to check out all four of our full releases! And don't forget our Christmas EP, Christmas Past!
Posted by Lew Jetton at 12:28 PM