BBQ, Blues and The Colonel 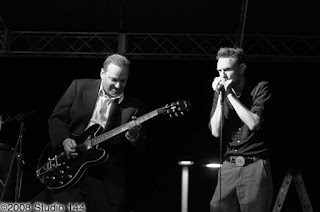 BBQ on the River in Paducah is always a special treat! Smokin' BBQ and Smokin' Blues with 60,000 of your closest friends! This year, we played it for the umpteeth time (I think I've only missed one), and we had a special treat as Colonel JD Wilkes of Th' Legendary Shack Shakers joined us for the show. 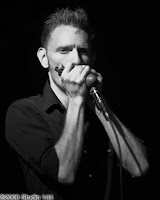 JD is an original member of 61 South. I was not. I joined the band as a guitar player after they had already been together for a couple of years. I always enjoyed gigging with JD though. He went on to form Th' Legendary Shack Shakers, and has played around the world, opening for the likes of Robert Plant (who is a big fan of theirs), Southern Culture on the Skids, Reverend Horton Heat, Hank Williams III and so many more, along with headlining their own tours. Every once in a while, though, JD still performs with us when time and his schedule allows. When he does, we have a blast! 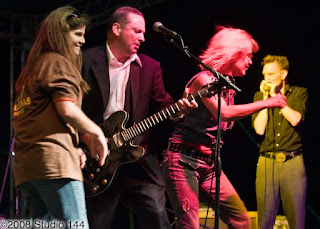 I think the BBQ on the River was the first time JD had played with us since we opened for Chuck Berry in St. Louis 2 or 3 years ago. The cool thing about playing with JD is that it was as if we had just played last week. We had a great time and played a pretty good set. 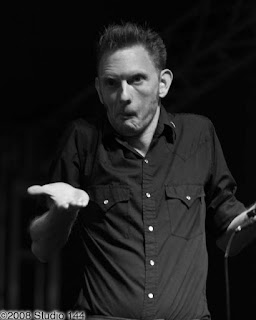 Although I was bummed that Th Legendary Shack Shakers had to cancel, at least JD got to play with us in his hometown, and as usual, he smoked 'em.

I love the Colonel. He's so good..and just darn fun to watch.