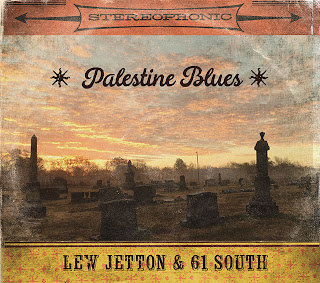 Great interview with Luke Williams of WKYQ on Palestine Blues.  Here's the transcipt.

Luke: "Why the title? Palestine Blues."

Lew: "Palestine is a small community near where I live in Fulton County, Kentucky. There used to be a church there but it's abandoned now. All that's there is the graveyard. I thought it seemed right because Palestine is also a place of historical significance and conflict since biblical times. I thought it was a good metaphor for a period in my life,"

Luke: "Up until this album, almost all of your albums have included some humorous songs, some happy songs. This one seems to have no happiness at all. What is this by design?"

Lew: "I don't know if it was by design necessarily. I had actually finished writing all of the songs for this album before we got into the recording of my last album. I guess I was just at a time or in a real creative mode and so a lot of music was flowing from me. After I finished writing the songs for Rain, I started reflecting on the previous ten-year period in my life.

My wife started having some health problems and eventually passed away. Also during that time, I was laid off from my job, and she could already not work because of her health. Lots of problems besetting us and also family and friends: depression, alcoholism, opioid abuse. I guess sometimes the blues really are the blues. This album is not happy at all but it is reflective. Maybe some will hear it and it'll strike a chord with them."

Luke: "Also, compared to your previous work, this is pretty stark. Just guitar, bass and drums although JD Wilkes, an original member of 61 South returns to add a little harmonica."

Lew: "Yeah, going basically three-piece on this wasn't something we set out to do, but as we rehearsed the songs with just the rhythm section, it became apparent, that was the way these songs should be done. I've said it before, I'm not a "guitar-slinger," I'm the "song-guy" and I thought the message of these songs came through best this way. Plus Heath Glisson at Coffee Street Studios got such great bass and drum sounds, it just sounded so full with minimum instrumentation.

JD is such a monster player and one of my best friends. He was an original member of 61 South and was with them when I joined in the mid 90s. He's been on all our albums. He stopped by to record a couple of songs during a break from touring with his band, The Legendary Shack Shakers." 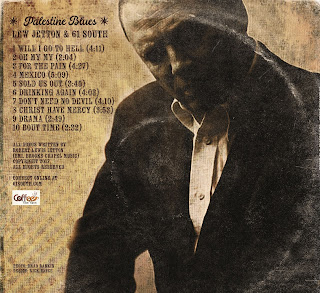 Luke: "The first song, "Will I Go To Hell." You're repeatedly asking if you are going to hell and yet you're not getting an answer"

Lew: "Yeah its about depression but it's not really about suicide although there is the line "is this what it feels like to die." I've had battles with depression off and on my whole life and while sometimes, yeah, you feel like you're dying, there's a big difference between that and suicide. The other stuff is very real at times. Don't want to get outta bed, don't want to leave home, etc." 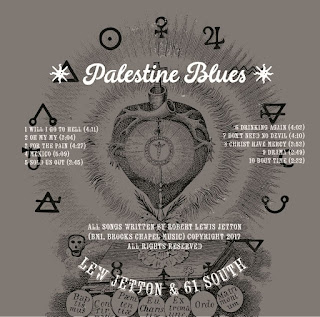 Luke: "For The Pain" seems to be about painkillers. Have you had problems with painkillers?

Lew: "It's more about self-medication in general. I never had problems with painkillers but I've known several who did. Have I ever "self medicated" with other things like alcohol? Yes. That's why the line "write me a prescription or I'll do it myself." I've known others who DID forge prescriptions. I was dealing with a lot of painful things for a time in my life. At times, lots of us are. We do what we can to dull the pain."

Luke: "Obviously "Mexico" is about job loss and that struggle. Of course, in your case, you went through a period where you were laid off, but it was NOT because your job was sent to another country." 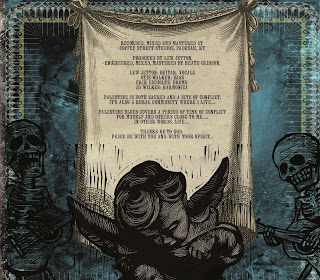 Although in the end, I was only unemployed and on government assistance for a few weeks, it was enough for me to feel the shame and stigma of honest workers, laid off and on assistance. I was ashamed. I didn't want to have to accept it, but it was take it or lose my house and go without food, so I did. At the same time, there were those who labeled me and those in my position as "freeloaders." It's tough. I was trying so hard to get another job and yet I was maligned because I applied for unemployment. I only wanted to save my home, feed my family and make sure my wife got the medical treatment she needed which was taken away when I lost my job. I can't imagine what the stress is like for families who have been in that situation for months or years."

Luke: "And that leads us to "Sold Us Out," a kind of anthem for the "working man," which indicts Washington and suggests no one really cares about the middle class, blue collar workers."

Lew: "Well that is my feeling, until someone in Washington steps up and proves they really do care for the working man and the middle class. We are the ones who built this country. Without us there would be no America. Sorry but that's the way I feel and I don't want to hear words. I want to see the figures of our class's median income rising. I want to see it on our paychecks."

Lew: "It is. I don't want to get too far into it except to say it kinda gets back to the self medication thing, and I'm sure many people can relate." 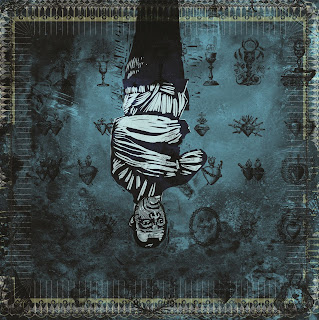 Luke: "Don't Need No Devil" sent shivers up my spine. Seems like an earlier song when you're struggling with depression,"

Lew: "It is. It's an expression on that time in my life. I was feeling like I was in hell. I was choked by depression and the circumstances of my my life. I was locked in a battle with the my personal demons. I was in my own personal hell, as low as I could go. I'm sure there are plenty of people going through the darkest times of their lives who can relate.

Luke: "Who is Sweet Lorrie?"

Luke: "Then it's like the album does a pivot. "Christ Have Mercy" is like a confession and a prayer."

Lew: "It is. It's an expansion of the Catholic Kyrie. Asking forgiveness for the things I did and also the things I should have done but did not. For those who are not particularly religious it might equate to one's feelings of regret."

Luke: "The last 2 songs "Drama" and "Bout Time" seem like a resolution. Are you at a happier time in your life now?"

Lew: "I'm not sure. Maybe "settled" is a better description? For sure I don't want anymore drama in my life. I want peace in the future and closure for my past. That's my hope and prayer. Not only for me but for all of us. A peaceful and better future. Time will tell."